AIRBAGS FOR THE DAKAR 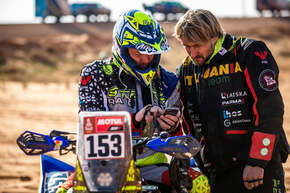 This year’s Dakar Rally marked a certain first in its history, but in what way? 2021 was the first year that competitors, just as in Moto GP, were obliged to have airbag protection. As to just how the airbag manufacturers, and the riders themselves handled it, we spoke to PSí brand ambassador Tomáš Kubiena about his, and his Lithuanian colleague Laisvydas Kancius, experience. 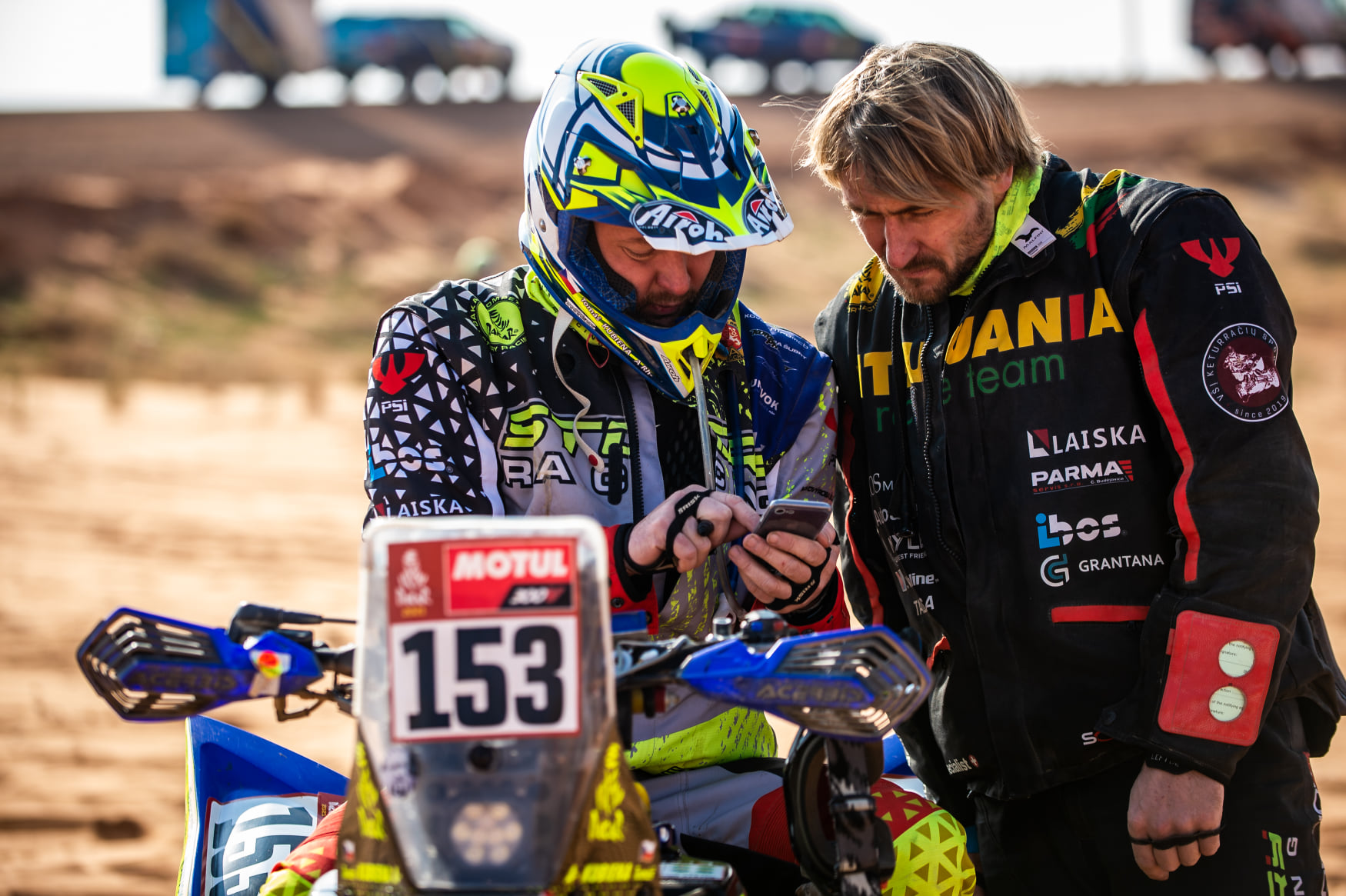 Tomáš Kubiena was the sole Czech representative in the Quad class, ranking fifth out of eleven while his Lithuanian team mate, Laisvydas Kancius, finished in seventh.

What were the impressions of the riders immediately after the race?

"This Dakar was the most challenging I have ever experienced. The rocky off-road route for the quads was really tough. I really did not know if I would do another Dakar. My colleague wanted to finish after the first stage, and he is used to competing in top level sport, being a Lithuanian weightlifting champion”. Recalled Tomáš Kubiena during a visit to PSí HUBÍK production facility in Tlumačov. 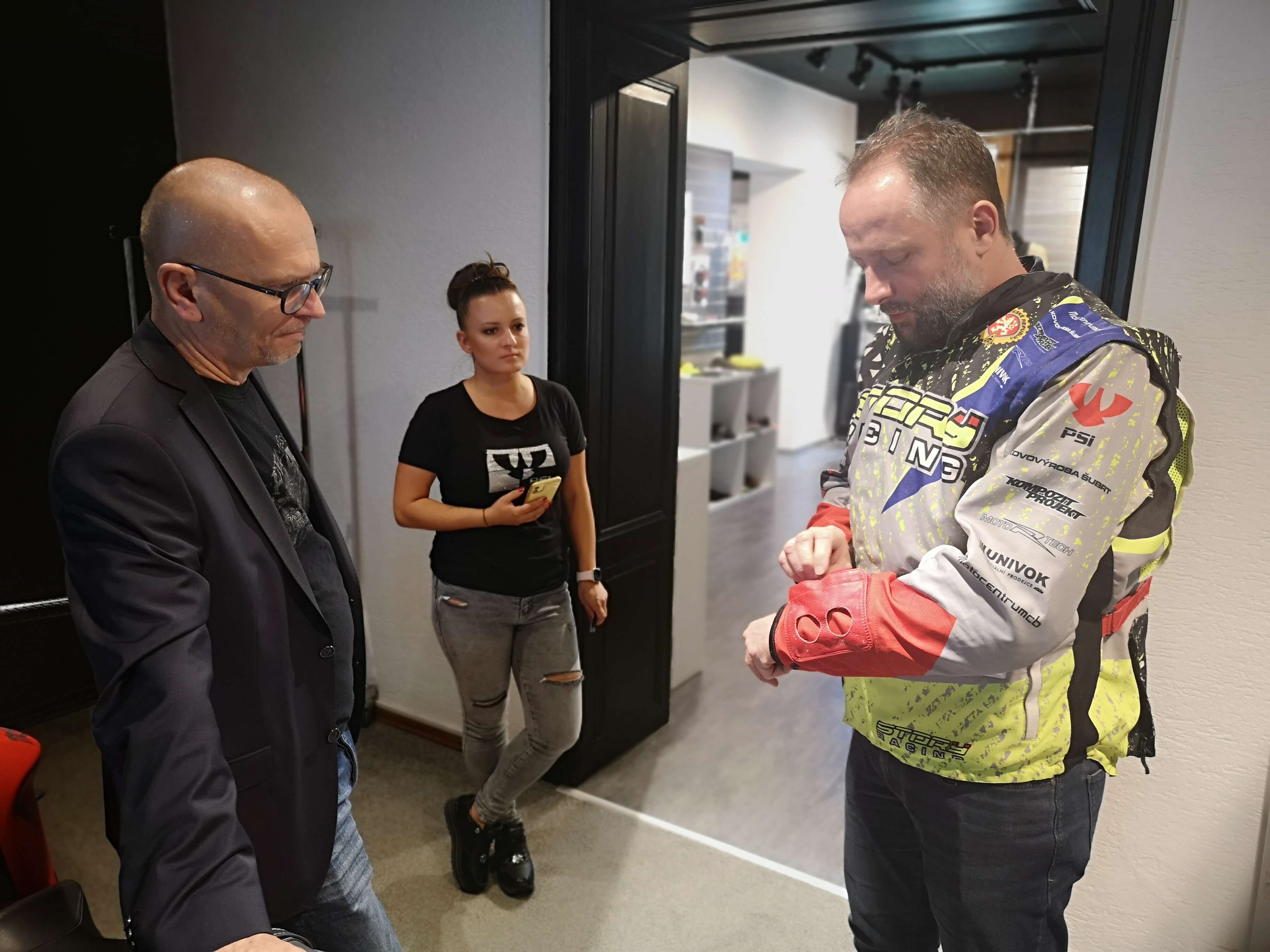 On the decison for the compulsory use of airbags during the Dakar.

“There is no doubt, at all, that the Dakar requires a huge amount of commitment. It is a serious test of technology, but mainly on the human factor. The greatest respect must go to the riders who literally put their lives on the line, so it is of little wonder that the organisers decided on the requirement for airbag systems to help protect the them from serious injuries, which often have happened with fatal consequences.“ 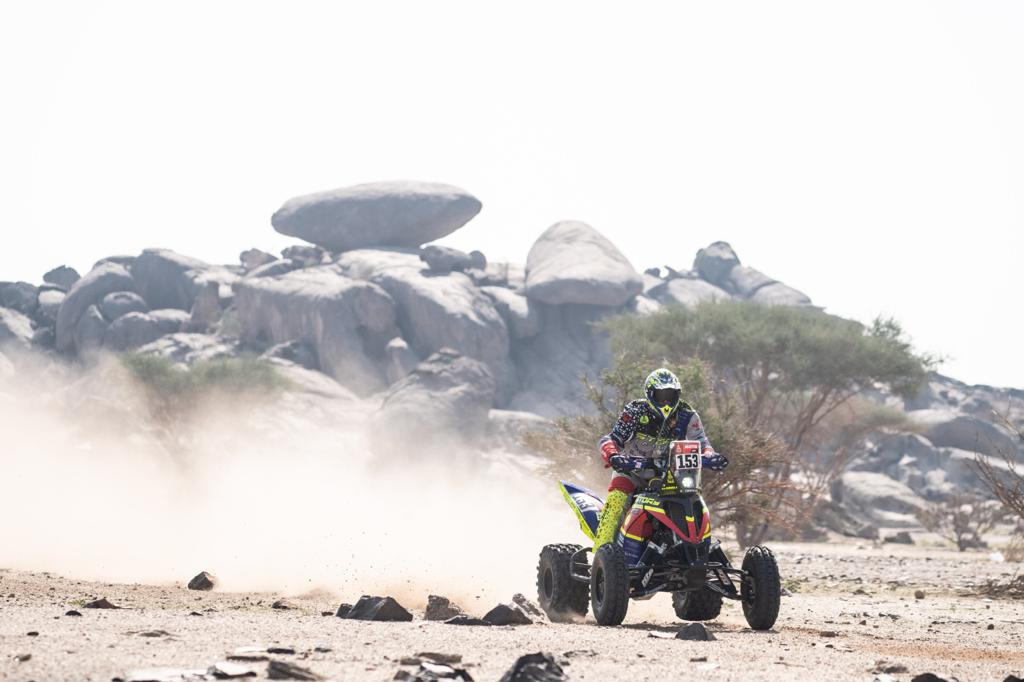 How did the riders themselves, welcome the need for airbags?

"You can be absolutely sure that I was pleased about it, all protection is welcome. I am very aware that if I was to fall off the quad, then it would be extremely unpleasant,” confirms Tomáš, of the decision. 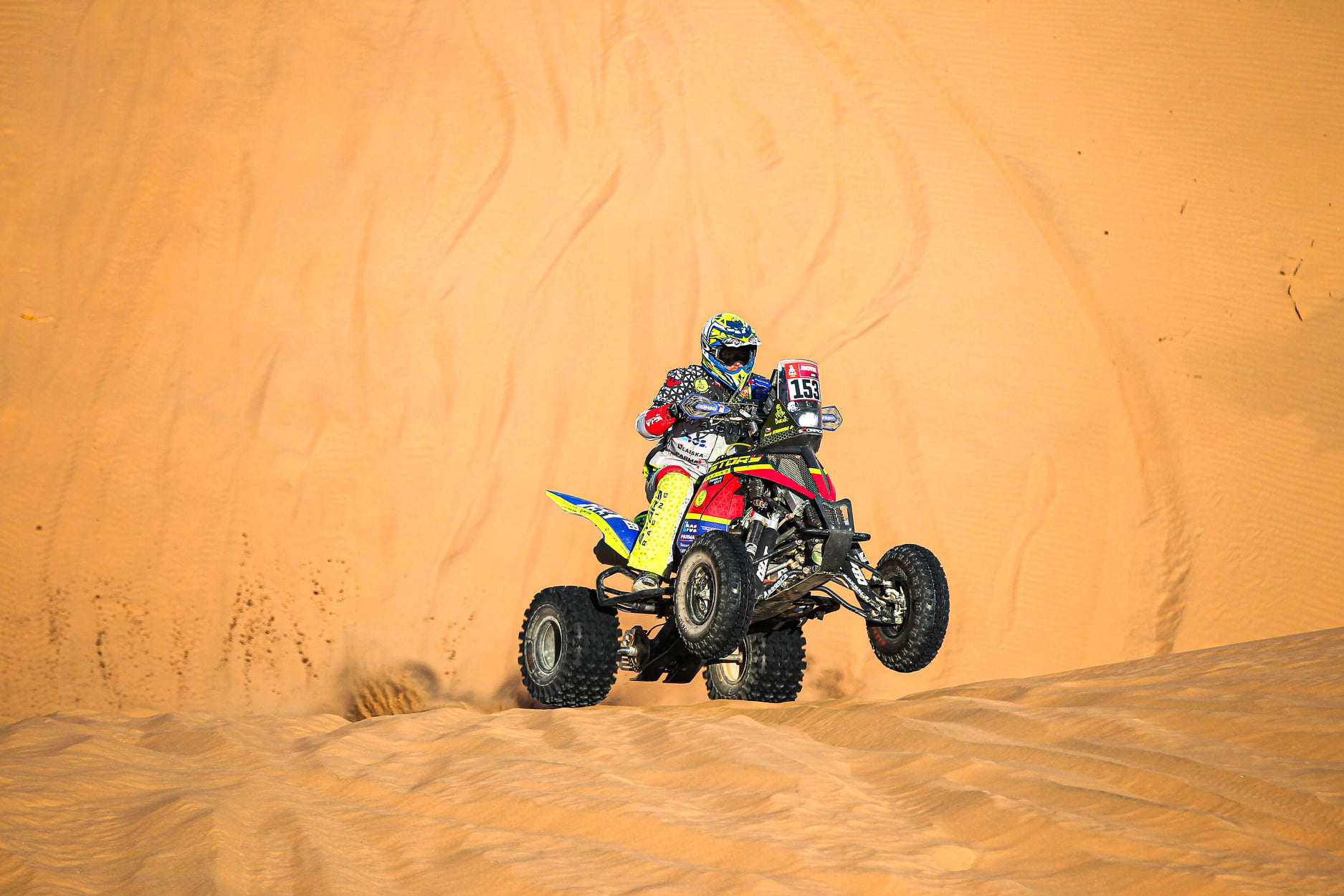 Alpinestars spent a full three years, between 2017 – 2020, developing an airbag system for off-road use.  Riders  covered in excess of 20.000 km, along with more than 500 hours of system test, and monitoring being undertaken. The goal was to create the most efficient algorithm in the unit’s software, constantly evaluating if the wearers situation was such that airbag inflation was required.

Graphical Diagnostics Of A Riders Fall 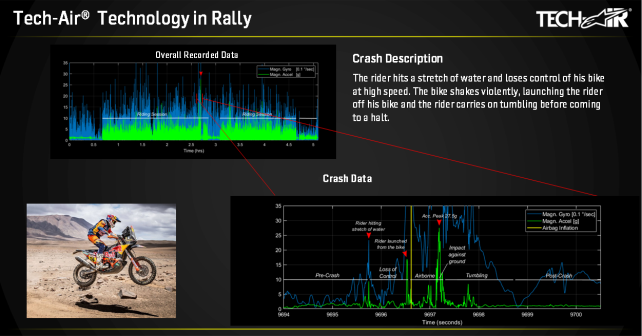 "This airbag also has integrated elbow, shoulder, chest, and abdominal protectors along with a 3-litre capacity drinking pocket at the back. The all-in-one solution is both convenient and comfortable," says Tomáš when describing the Tech-Air OFF-ROAD from Alpinestars.

Tech-Air for the Dakar Rally from Alpinestars 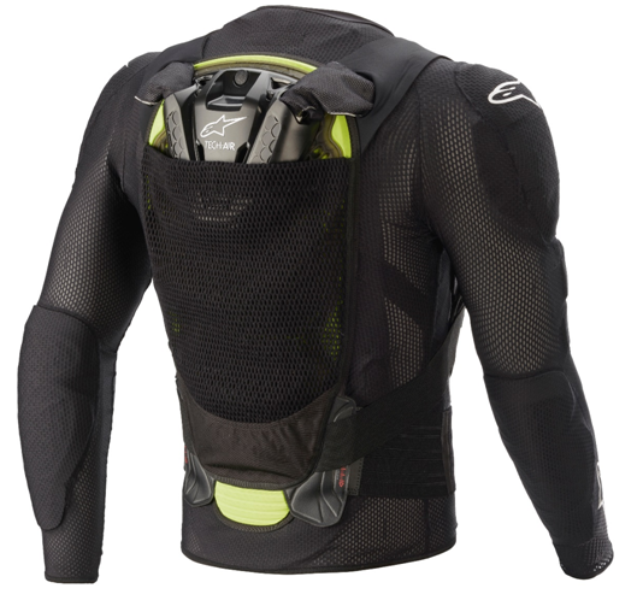 PSí HUBÍK have been authorised sales and service partners for Alpinestars Tech-Air, since 2018.  The airbag service centre is located within our production facility in the Czech Republic. 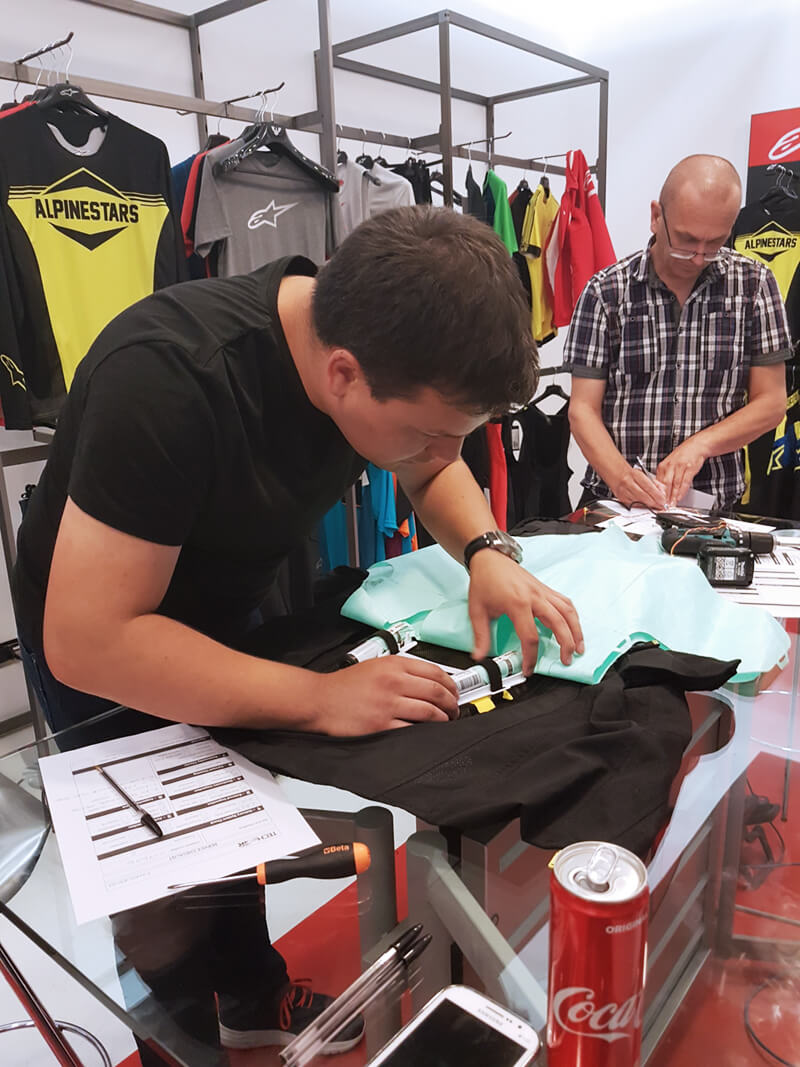 Technical information on the production of the Dakar Rally sets

The biggest, special, consideration in the production of special Rally outfits has to be that of climactic conditions. The riders have to cope with a huge range of temperatures across the stages from around 0°C climbing to in excess of 30°C. Tomáš Kubiena therefore welcomed the possibility of swappable sleeves, which was possible by the use zip fastening. An extra pair of sleeves from perforated fabric was produced. These employed the use of small holes over the surface, providing greater air flow than the standard material, all the while retaining the same tensile strength for protection, in the event of a fall. One of our primary advantages is the focus, and capacity to cater to individuals customisation by adapting garments to their requirements, and produce them made to measure. 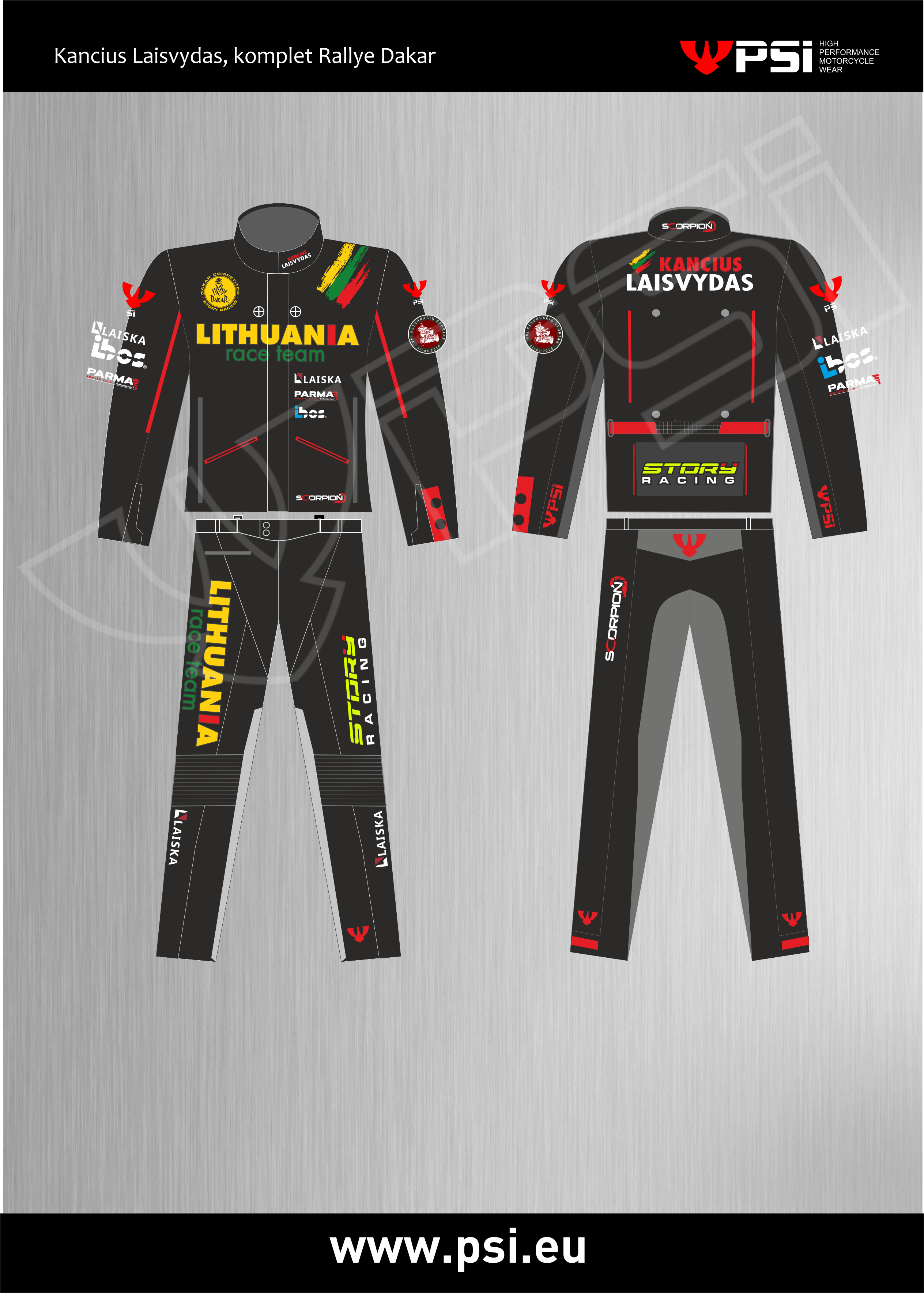 Since last year the capability to integrate an airbag has been included. In the design, and manufacture stages, the modification to allow sufficient space for airbag inflation must be considered. Additionally, the inclusion of the hydrobag, which every competitor must also have, also has an impact on the design cut. As a result, we place stretch panels in strategic places across the hips, shoulders and around arm openings, to allow the wearer to remain as comfortable as possible. 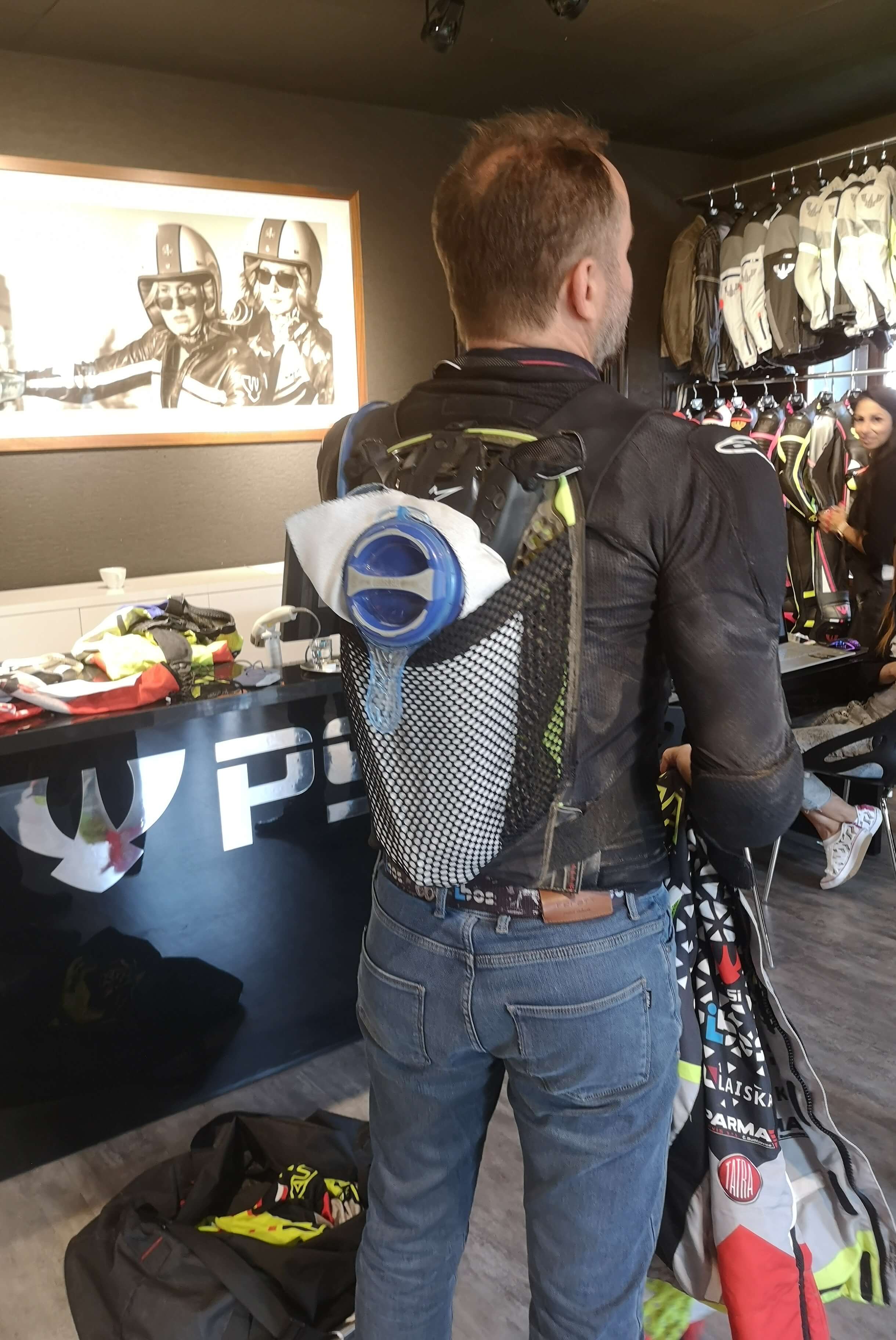 The use of airbag systems for off-road riding is still in its infancy, and today these units are available only to registered riders competing in events such as the Dakar Rally. Just as the likes of MotoGP has paved the way for airbags to be used on the road, which is something that is being adopted by more and more riders, so the Dakar competitors shall bring back valuable information for the future protection of all off-road users.

Some latest good news is that Tomáš Kubiena and Laisvydas Kancius have decided that they shall start the next Dakar, and as such shall give even more feedback, that we shall use in the production of our textile suits. 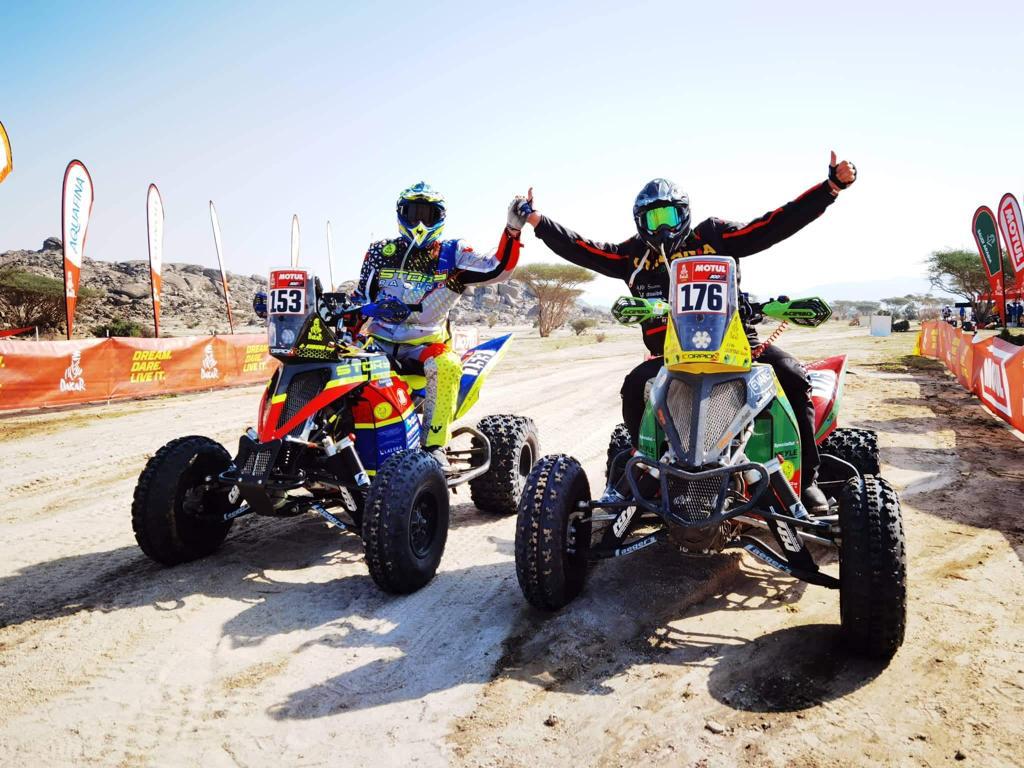 I AM INTERESTED IN A CUSTOM MADE TEXTILE SUIT

You may be interested in: Our brands story • Custom-manufacturing • Custom-made • Designer • Configurable textile model • Tomas Kubiena about PSi • Laisvydas Kancius about PSi

Back To All Articles
This website uses cookies
We use cookies to personalise our content, advertisements, provide social media features, and analyse traffic. We share information about how you use our site with our social media, advertising, and analytics partners. Partners may combine this information with other information that you have provided them or obtained as a result of using their services.
Agree
Disagree - settings
Setting preferences
Information about cookies
Here you have the option to customize cookies by category, in accordance with your own preferences.
Common cookies for site operation
Necessary cookies help to make the website usable by enabling basic functions such as site navigation and access to secure sections of the website. The website cannot function properly without these cookies.
Performance cookies
Improve the functionality of websites by tracking the movement, and activity of the visitor to them.
Analytical cookies
Analytical cookies help website owners to understand how visitors use the website. They anonymously collect and communicate information.
Allow all
Allow selection